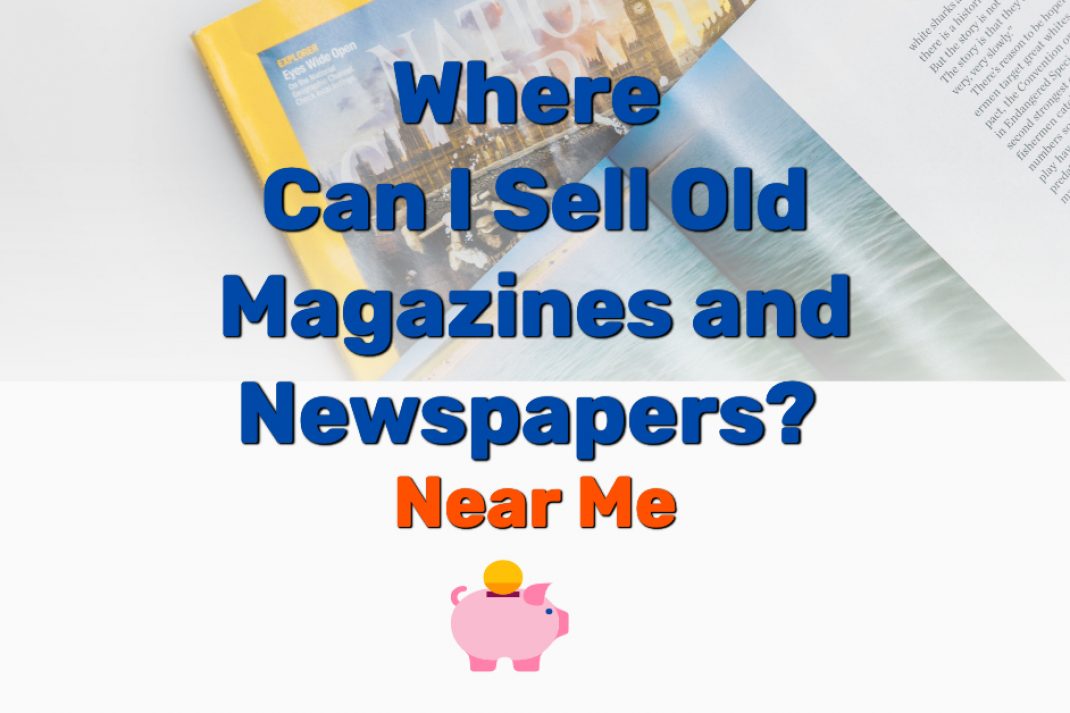 Where Can I Sell Old Magazines and Newspapers? [Near Me]

There’s always something you can do with extra income. Perhaps, you can put it towards your goal to save a $10,000 emergency fund or your dream goal of retiring on a six-figure or seven-figure nest egg. In fact, having more than one stream of income is vital to reaching financial freedom faster. That’s why employees and self-employed professionals everywhere are always looking for creative ways to make extra cash, such as flipping old magazines.

You probably know that you can sell vinyl records nearby and online for cash. Again, business ideas like recycling cardboard for money or even aluminum can recycling have also become a thing. Environmentally-conscious consumers are also going green with wood pallet recycling to save mother earth and turn in green cash.

But do you know you can sell old magazines and newspapers? What makes vintage magazines and newspapers, so special to some people is the nostalgic feelings they evoke. People are willing to pay for periodicals and papers at least 30 years old because of specific events and meaningful dates like royal weddings, anniversaries, celebrities, birthdays, historic news events, and more.

So if you know where to get old magazines or newspapers for free, you’re staring at a profit. For instance, you may come across a stack in your grandparent’s attic or basement and wonder: What can I do with old magazines? Well, don’t throw such hidden gems away. Periodicals are one of the easiest things to flip for a profit for fast money.

It leads us to the big question: Where can I sell Old magazines and newspapers?

We’ll discuss each of these places that buy old magazines in further detail below.

Places That Buy Old Magazines and Newspapers [Near Me]

The best places to sell old newspapers and magazines near me are vintage shops, antique dealers, and private collectors. You can also resell old magazines online on sites like eBay or VintageMazines.com. Most of these sites tend to buy old magazine issues and newspapers in bulk. You can also sell rare individual magazines collections and receive payment in cash, store credit, PayPal, or cash a check, depending on available payment options.

Besides rarity and featured events, the condition of your collections will be a factor in the pricing. The price decreases if your old magazine issues and newspapers have missing pictures, rips, markings on pages, tears, discoloration, or missing pages.

To make money reselling magazines, we’ve compiled a list of places that buy newspapers near me. Of course, we can’t guarantee the places will buy your old issues, but if your items are rare and in mint condition, you’re more likely to find a buyer at lucrative prices.

Back To The Past Pop Culture Collectibles

Since 1990, Back To The Past is a one-stop-shop to buy entire magazine collections in bulk for $5 each item to $10,000+ collectible gems. The company has over 40k positive ratings on eBay as both a seller and buyer of newspapers, magazines and more.

Back To The Past is open 7 days a week by appointment. It’s open to the public Wednesdays and Saturdays in Wixom, Michigan, which is near Detroit.

Over the last two years, Neatstuff spent over $10mm buying rare single comics to entire collections. They’ll even travel to you and buy your entire magazine collection for cash or vintage toys. Neatstuff can give you complete appraisals in person and buy collectibles for cash on the spot.

It’s helpful to visit Neatstuff Collectibles and see their list of things they are currently buying and not buying. For example, they’ll buy comics, toys, sideshow, sealed video games, selective non-sports and sports cards, pulps, and more at the time of this writing. But, on the other hand, they weren’t paying cash for barbies, dolls, beanie babies, antiques, Playboy magazines, newspapers, Hess, Disney, figurines, and diecast cars.

Sell Me Your Collectibles

Sell Me Your Collectibles has been buying and selling collectibles for years. They’ll buy various collectibles, including paying cash for old magazines and vintage newspapers. The company guarantees your satisfaction or gives your money back.

The things they’re not interested in include Beanies Babies, dishes, collector plates, sports cards after 1975, and non-authenticated memorabilia.

VintageMagazines.com is a sister company of RareNonFiction.com. The site has sold around 10,000 old magazines. They also offer a free magazine search service to help find nearly “impossible-to-find” issues.

Mr-Magazine is the online store for Leone’s Collectibles based out of Rochester, New York. Their eBay store has over 20,000 collectible items and an Amazon store with around 25,000 vintage things.

What are Tips to Sell Your Magazine and Newspaper Collections?

If you haven’t sold anything offline or online, you may have difficulty figuring out how to sell your magazine and newspaper collections. But, unfortunately, that’s the nature of sales. It requires courage and creativity to win buyers. So, where do you get started selling your collection of old and rare periodicals?

Here’s a list of four tips to help you sell your old magazine issues and newspapers faster:

Recommended read: How To Become a Better Salesman

Where to Find Old Newspapers?

There are several places where you can get old magazines for free, including:

Where to Get Old Magazines for Free?

You’ll need to build a collection of old magazines before getting in touch with potential buyers about flipping for a profit. The top places to get old magazines for free or at low cost include:

Recommended read: Best Ways To Get Rid of Large Furniture When Moving (Bulky and Old)

How Much are Old National Geographic Magazines Worth?

The value of a National Geographic Magazine comes down to rarity, condition, and where you sell them. Rare magazines in excellent condition are real treasures and fetch fast money.

Per cbsnew.com, the earliest issues of the National Geographic Magazine, like the terra-cotta colored number 1 and others from the 1880s, can easily fetch upwards of $4,000. Also, “red cover” and other older issues published before 1905 grab dealers’ attention, and you can easily profit at least $200 per magazine.

The value drops dramatically for later issues of National Geographic Magazine published in later years. For instance, many yellow-bordered issues of the magazine are still around in circulation. Also, issues, maps, and books published in the 1930s and 1960s are easy to come by and don’t attract the attention of national magazine dealers like their older counterparts. So they’re likely worth nothing.

The condition of your magazines influences the prices you’ll get. The major deal breakers in the world of second-hand magazines are missing pages, wormholes and mold, markings on pages and missing pages, as well as tears and rips.

The value is ultimately determined by the price buyers are willing to pay. For instance, National Geographic Magazine prices for issues published in the 90s and 80s range from $1 to $22 on eBay.

Mad comedy magazines first hit the shelves in 1952. They are famous for their brilliant satirical pieces featuring entertainment and pop culture, public figures, and politics.

The value of old MAD magazines varies depending on the featured current event, condition at the time of sale, issue date, and the buyer. For instance, Mad Comic #1 has a minimum value of $200 and a record sale of $24,000 at SellMyComicBook. If your copy is in poor but complete condition, you’ll get up to $180.

You can also find old Mad magazine buyers on eBay. For instance, Mad Magazine No.290, published in October 1989 featuring Ghostbusters 2, is valued at $19.99, while the MAD Magazine Super Special Winter 1981 featuring SERGIO ARGONES Illustrated map sells at $48. In addition, MAD #62 Gaines File Copy CGC Graded 9.6 Near Mint had a bid of over $433 on eBay.

Generally, you can expect to sell your old MAD magazine issues for the 1990s and 1980s for about $10 to $40 on eBay or OfferUp, based on issue date and condition.

Whether you want to sell old MAD magazines or National Geographic Magazines, the price you’ll get varies on the rarity, featured events, condition of your collections, issue date, and where you sell them.

Old stuff can be hard to come by, though. That’s why flipping of stuff can be valuable! Your best bet is to look for old magazine issues and newspapers in basements, attics, garages, from family members and friends, thrift stores, flea markets, used book stores, and other places like local library book sales.

If reselling old periodicals and comics isn’t your thing, then reads some of our side hustle guides, including: 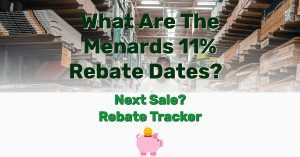 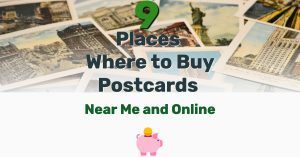 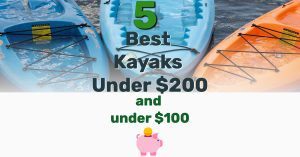 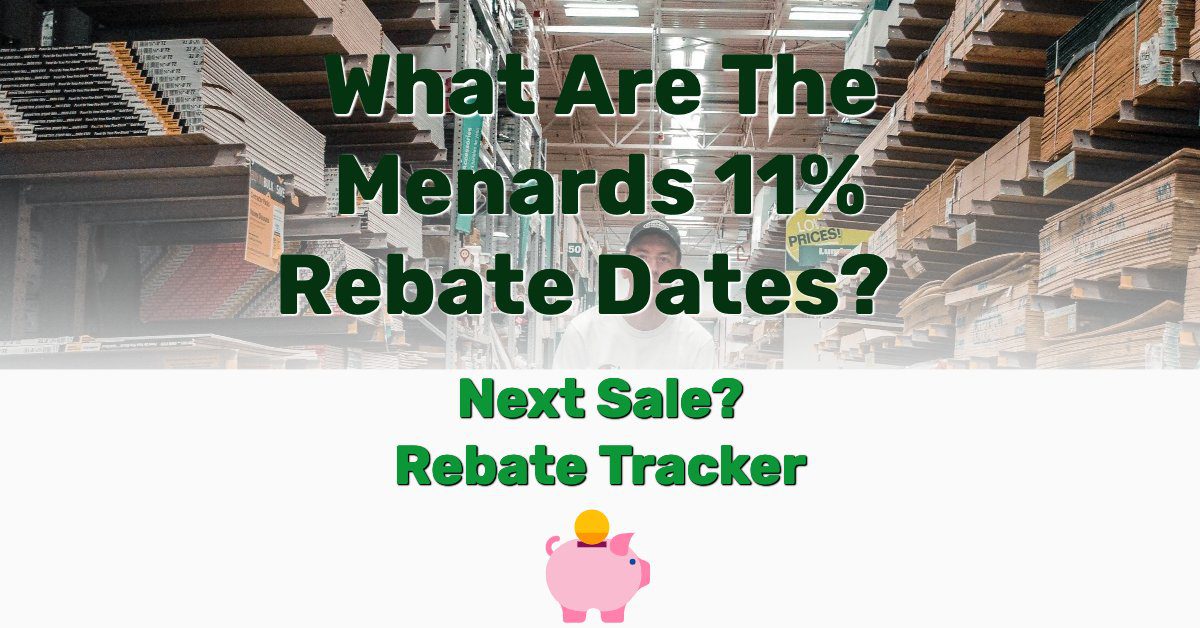 How would it feel to walk in a store, purchase an item, and receive a cash back check a few weeks later? It feels great, right? That’s what rebates are meant for. The retailer refunds part of the purchase price 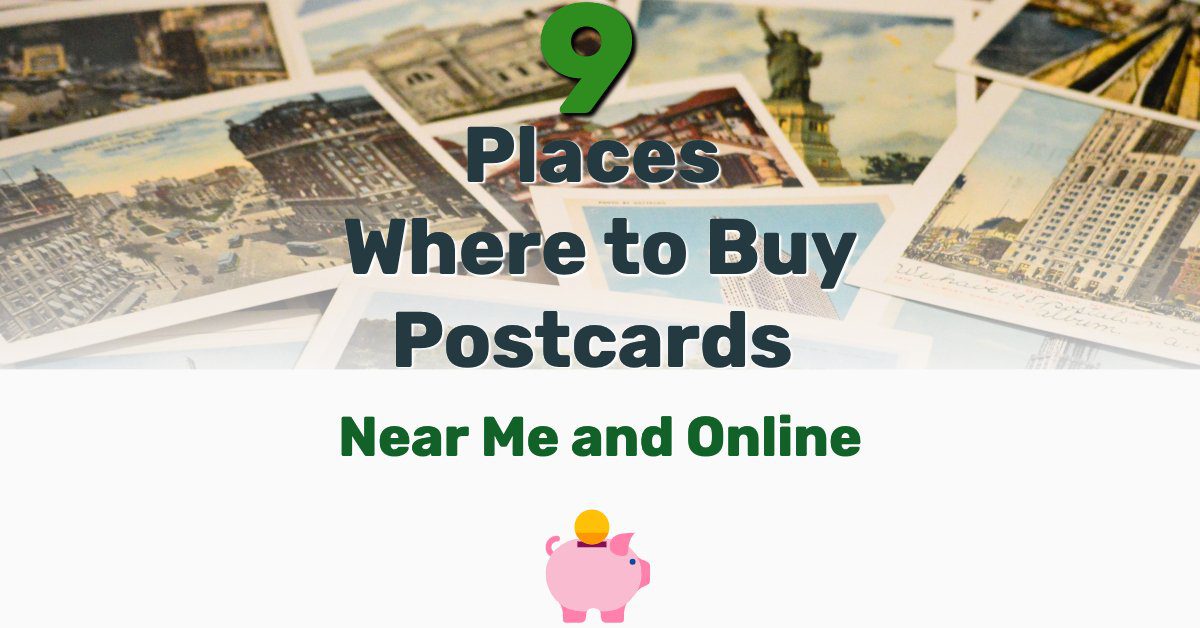 Tech tools and advanced digital marketing techniques have dealt a massive blow to traditional marketing methods, like business postcards. There’s no shortage of ways to reach people and announce your new product, service, or launch event from social media and 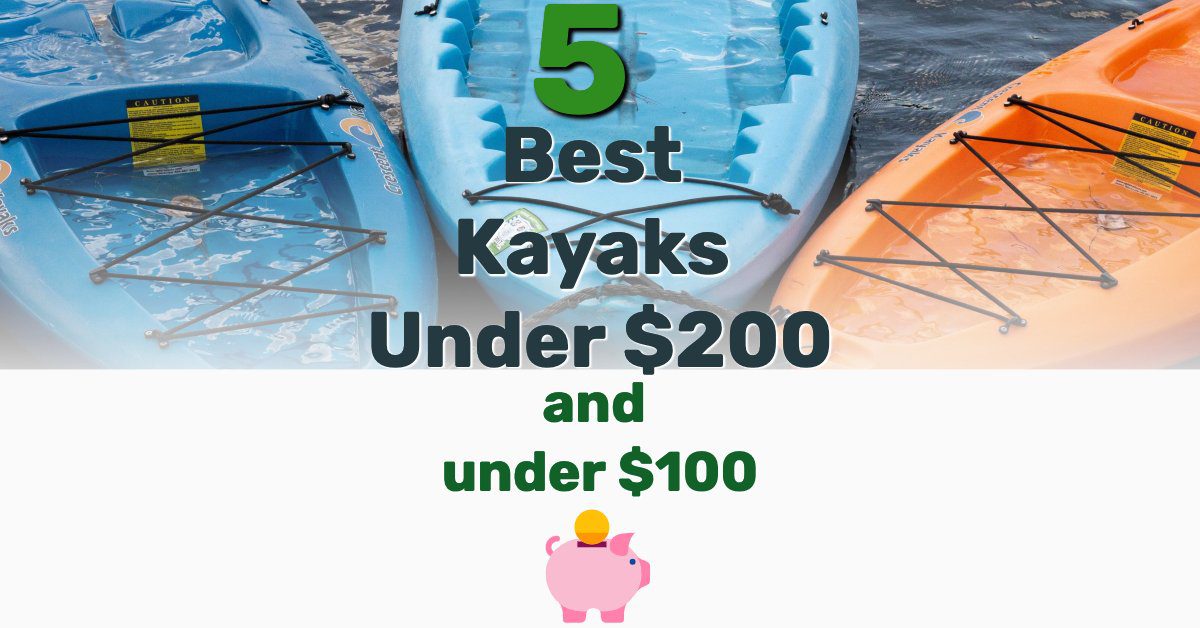 Kayaking is a fun activity and a good choice for staying fit. Also, its portability can be part of your every adventure travel. So, it’s a lot of different things, but affordable is not one of them when it comes 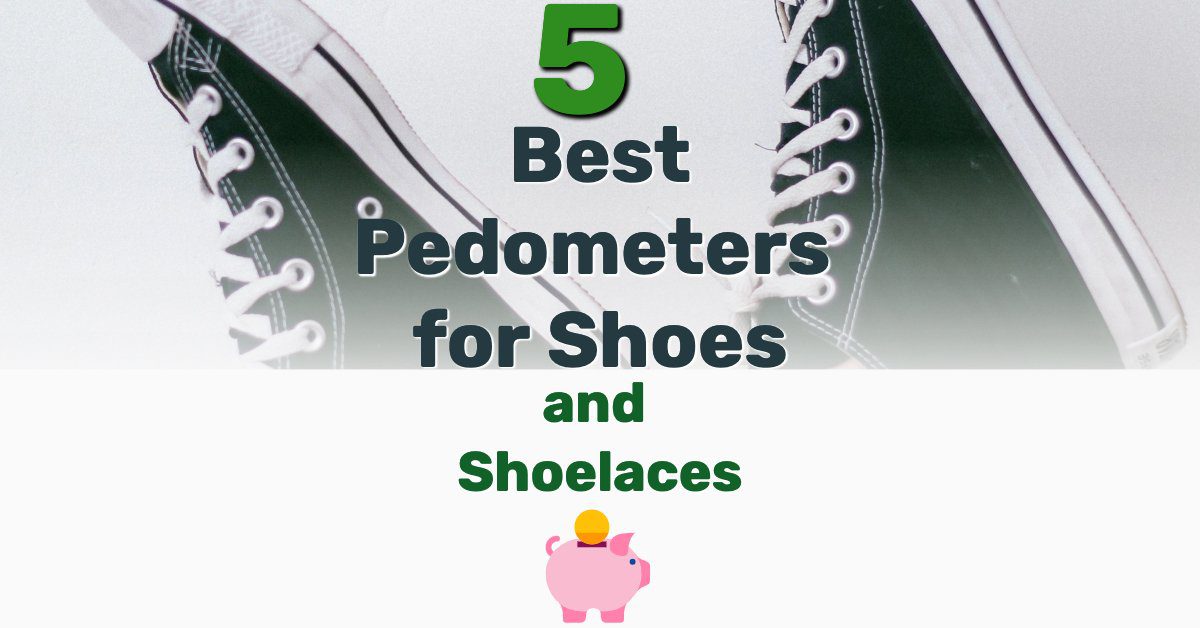 5 Best Pedometers for Shoes and Shoelaces

A pedometer is an electronic or electromechanical device used to measure one’s level of activity, especially activities like walking or running. It’s achieved by measuring the movements of things like an arm, hips, or feet during motion. A pedometer is

5 Best Laptop & Computer to Use with Cricut Maker

A Cricut Maker is one of the best craft and design machines ever invented. It carries out multiple creative tasks with fantastic accuracy and precision. It’s why crafters are swarming around this powerful, intelligent cutting machine. However, the creativity of