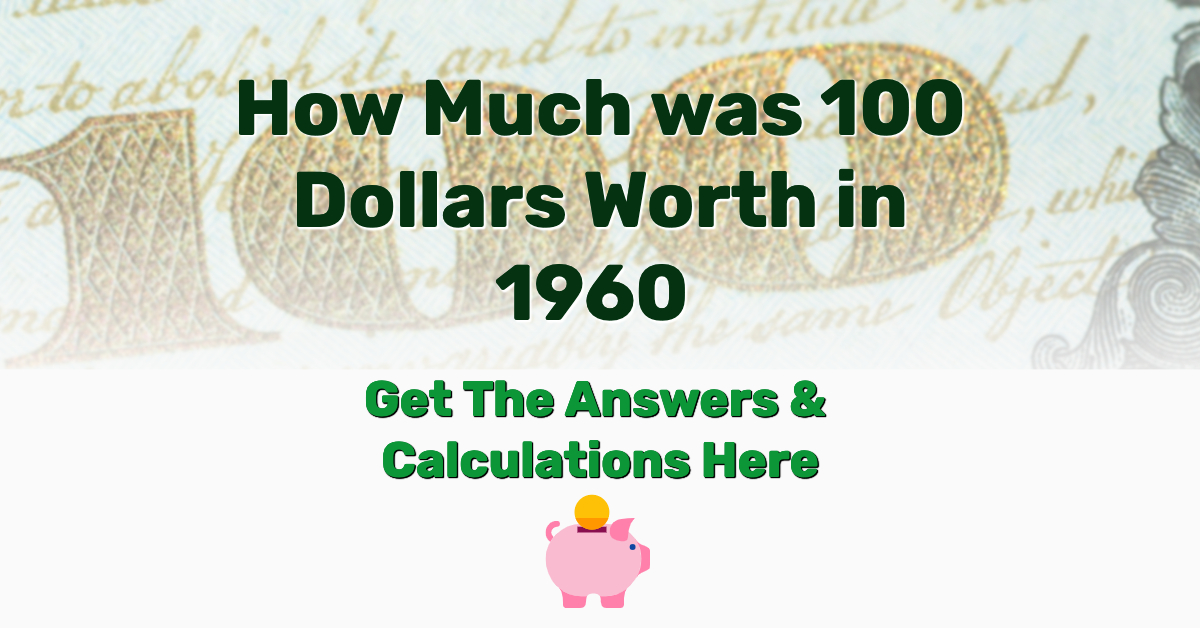 When looking at your wallet and wondering if it’s time to go shopping for a new one, the first question is how much money your wallet has in it. Once you know how much you have, you might start thinking about what you can afford to buy.

You may not know there was a time when $100 could buy you something really nice and expensive. In 1960, $100 would get you way more than it can today.

Between 1960 and the present, the dollar experienced an average annual inflation rate of 3.72 percent, resulting in a cumulative increase in the price of 826.72 percent.

As per the Bureau of Labor Statistics CPI, current prices are 9.27 times higher than the average prices from 1960. In the current day, one dollar can only purchase 10.79% of what it could in 1960.

To compute the difference in value between 1960 and now, use the following inflation rate formula:

The following formula can be used to calculate the overall inflation rate for the 61 years between 1960 and 2021:

The CPI for all items is described in the above figures. The Core CPI, which excludes food and energy because they are more volatile, assesses inflation for all items. From 1960 to 2021, core inflation averaged 3.67 percent per year (compared to 3.72 percent for all-CPI inflation), to get to a total of 798.94 percent!

What Does Inflation Rate Mean?

The inflation rate refers to a rise in the general level of prices for goods and services. In other words, when inflation occurs, it means that you need more money now than what something used to cost before. It’s why 100 dollars in 1960 could buy more than it can today.

The inflation rate is measured by the percent increase of a price index. As its name suggests, a price index is an indicator that measures the average change over time of prices for goods and services.

A consumer price index (CPI), for example, tracks changes in retail prices paid by consumers to acquire commonly used items, including food, clothing, transportation fares, and fuel. Two types of inflation are typically measured by economists: “price” or “headline” inflation (which is based on the CPI) and core inflation (based on the GDP deflator).

Core inflation excludes food and energy prices because they tend to be more volatile. Headline inflation usually gives a more accurate reading of the economy than core inflation because it tends to be a better indicator of how much consumers’ purchasing power is changing.

Stable prices are an essential aspect of any healthy economy and one that people rely on when making economic decisions, such as borrowing money or saving for future needs. Accordingly, one of the main tasks of a central bank is to manage inflation.

The rate of inflation in 1960 was 1.72 percent. The current year-over-year inflation rate is 5.39 percent (2020 – 2021). If this trend continues, $100 now will be worth $105.39 next year. Although inflation keeps changing, more information about the current inflation rates can be found in financial newspapers.

Whenever $100 becomes comparable to $926.72 over time, it signifies that a single US dollar’s “actual value” has been falling. To put it another way, a dollar will allow you to buy fewer things at the store in the years to come. This phenomenon explains why a dollar’s value depreciates over time.

How Does Inflation Affect Buying Power?

Inflation is one of the most important economic concepts studied in economics, and a great deal of confusion surrounds it.

Let’s start with this question: what does inflation mean? Inflation refers to an increase in prices over time for particular goods or services.

That’s an increase in price (inflation), but it doesn’t seem like a big deal because prices are going up by a relatively small amount. That’s the reason why when you ask, “How much was 100 dollars worth In 1960?” it was worth more.

What Could 100 Dollars Get You Over the Years?

$100 in 2021 is worth less than the same amount of money from 1960. However, it’s way more significant to consider what inflation was doing over that period instead of just looking at prices now and then. If you have $100 today, it’s not going to buy as much next year because everything keeps increasing in price due to inflation!

In 1960, the Salt Lake City Tribune marketed a Simmons “Longfellow” mattress for $99.50, designed for adults over 6 feet tall.

One cashmere topcoat could be purchased for $100.

From an advertisement in The Indianapolis News, The Penney’s in downtown Indianapolis featured 100% cashmere topcoats at an average price of $79.95 from 1965.

According to an advertisement in Vermont’s Burlington Free Press, a GE Steam and Dry Iron were priced at about $7.88 in the early 1970s. With $100, you could purchase around a dozen of them.

An air conditioner could be purchased for $100.

In 1975, you could stay cool without spending loads of money. As per the Courier Post, a Whirlpool 5000 BTU Room Air Conditioner was $94.88.

Two portable radios could be purchased for $100.

As per an advert in the Detroit Free Press from Fretter Appliance, a Sony AM/FM Portable Radio cost $40 in 1980.

One turntable could be purchased for $100.

Paying $99 for a Technics SLJ1 Belt Drive Linear Tracking Turntable in 1985 would have seemed reasonable at that time.

A single cordless telephone could be purchased for $100.

A phone with a cord is rare and inconvenient nowadays, but a Sony Cordless Telephone cost only $97 in 1990.

Three pairs of jeans could be purchased for $100.

Mervyn’s advertised women’s Bill Blass Jeans that cost $29 per pair in 1995 in the Atlanta Constitution.

In the first year of the twentieth century, you could get a JVC Hi-Fi VHS Stereo Player for $99 in 2000.

Two sweaters could be purchased for $100.

According to the Chicago Tribune, an Oscar de la Renta cabled cotton sweater was priced at $50 in 2010. It meant you could have bought two sweaters for $100.

For $100, you can get an espresso machine from Nespresso, Delonghi, in 2020. Although the money won’t buy you the best coffee maker, it will undoubtedly save you cash on Starbucks visits!

As you can see, the purchasing power of 100 dollars over time has changed over time. Therefore, it’s important to be mindful of inflation rates when considering investments or projects with long timelines.

Well, if your goal is financial independence, you need to make sure not to let your money sit in the bank for too long! 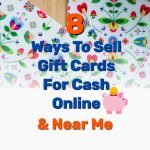 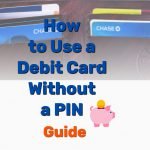 How to Use a Debit Card Without a PIN Number Guide 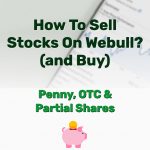 How To Sell Stocks On Webull? (and Buy) Penny, OTC & Partial Shares 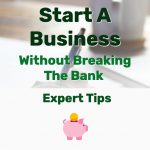 Start a Business Without Breaking the Bank With These Expert Tips 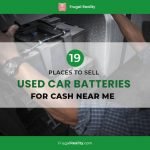 Places to Sell Used Car Batteries For Cash Near Me: A Guide For 2021 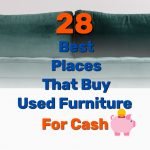 28 Best Places and Stores That Buy Used Furniture FOR CASH 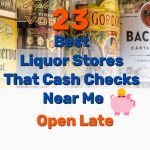 How To Sell Stocks On Webull? (and Buy) Penny, OTC & Partial Shares

Start a Business Without Breaking the Bank With These Expert Tips